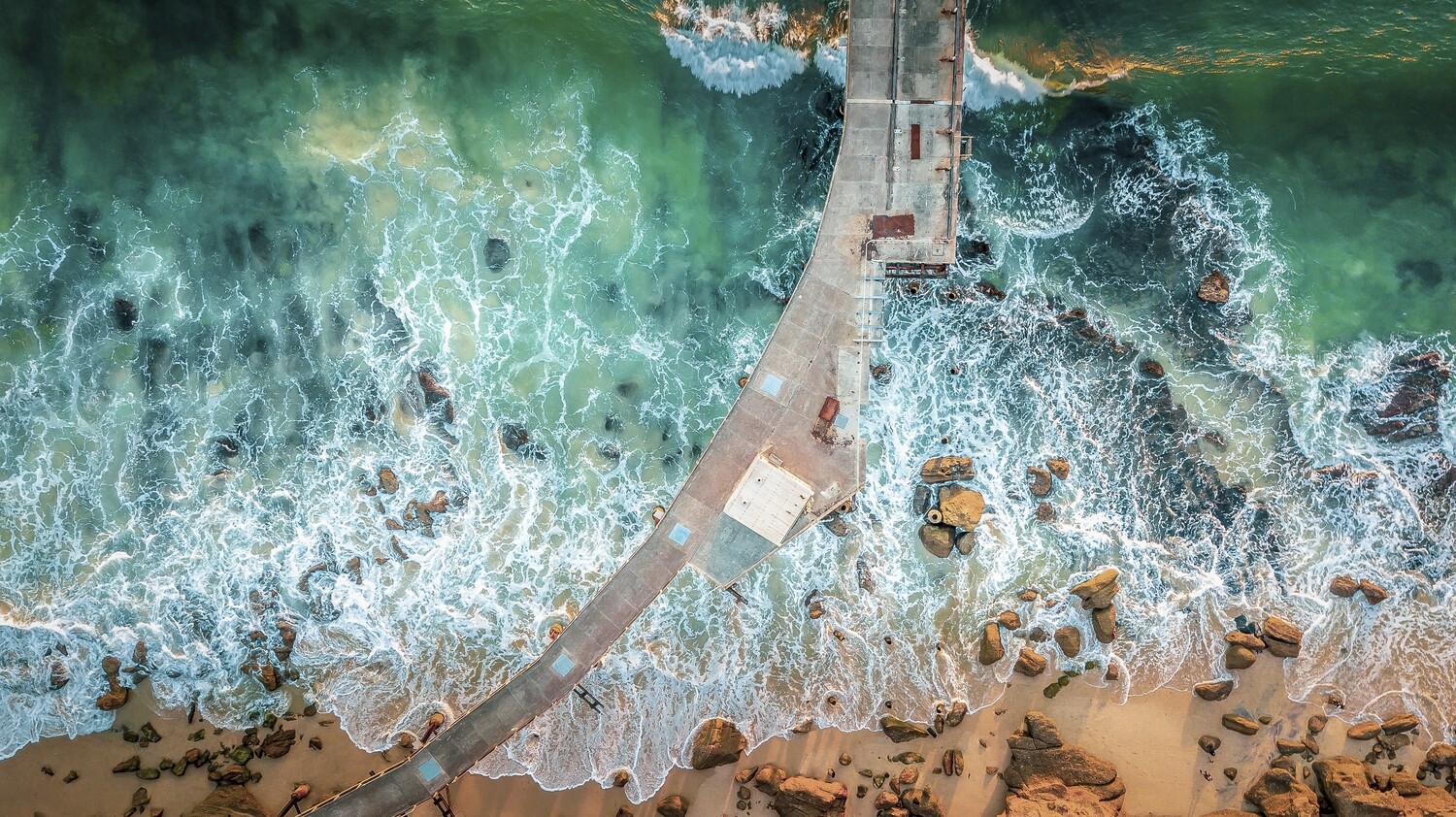 Catherine Hill Bay aerial shot, printed on a desired size on either Gloss or Matte paper.

The village is named after the schooner "Catherine Hill" which ran aground there on 21st June 1867. Coal was discovered and mined by the New Wallsend Company which bought up the land, built a jetty and opened the mine in 1873. The coastal location facilitated shipment and avoided the bar at the entrance to Lake Macquarie. The enterprise employed up to 100 men. Their cottages formed the basis of the township and still line the roadside. Approximately 1000 tons of coal a week was taken by horse-drawn skips from the mine to a loading chute on the jetty.

Save this product for later